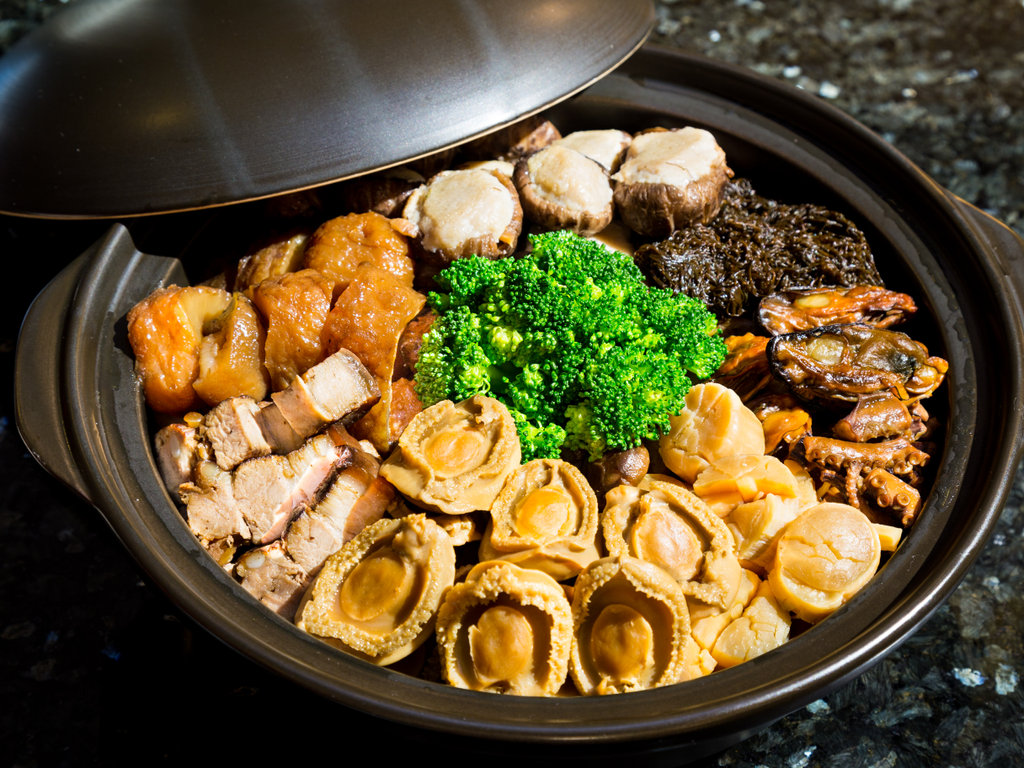 For centuries, the observance of the lunar New Year in Asia has been a time for reunions and celebrations. A practice where families gather to share a meal with dishes symbolizing good fortune. Among these, you'll often find Pen Cai or Poon Choi (盆 菜) as an indispensable dish for the Lunar New Year, which has the meaning of auspicious celebration and abundance of food, richness and prosperity. This dish was originally believed to be from the Hakka group in the New Territories. The origin recipe was rather rough and plain. Today, Pen Cai has evolved to a dish of luxurious construct, consisting of Seafood, Abalone, sea cucumber, fish maw, combined with roast pork, prawn, scallop, dried oysters soup, sliced meats and vegetables served in a brimming pot. Very often, it is the main event taking centre stage at the dining table during the Chinese New Year reunion dinner when families gather. 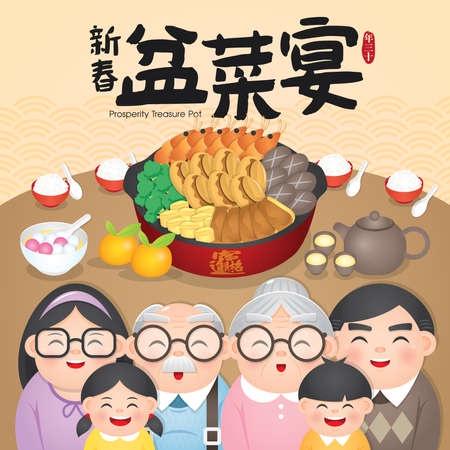 No one knows exactly who invented Poon Coi /Pen Cai (盆菜), but we do know it originated in the Southern Parts of China in Guangdong Province and Hong Kong. Dating back to the Song Dynasty during a Mongol invasion, the Emperor escaped to Guangdong Province and Hong Kong. The locals collected their best food to serve the Emperor, however, there were no Royal containers available, so they put the meal in a large wooden washbasin to serve with auspicious meaning.

What is the meaning of Poon Choi, or Pen Cai?

Typically, Poon Choi or Pen Cai, there are eight main ingredients. Eight 'ba' symbolizes wealth and abundance. This layered Chinese Lunar New Year Claypot dish is consumed during the Reunion Dinner or Reunion meals. Other occasions where guests are eating Poon Choi are during formal banquets, such as weddings and successful business celebrations.

What and how do we assemble the Pen Cai? The Premium ingredients in traditional Pen Cai recipes are mostly seafood as the recipe originated from a province reliant on fishing. But, the recipes also include other ingredients such as Broccoli, mushrooms, Roast Pork or Duck. Nowadays in Singapore, Pen Cai recipes vary across restaurants, families, and Clans. As a celebration main dish, the seafood components are universal across all of them, even for Vegetarian Pen Cai. 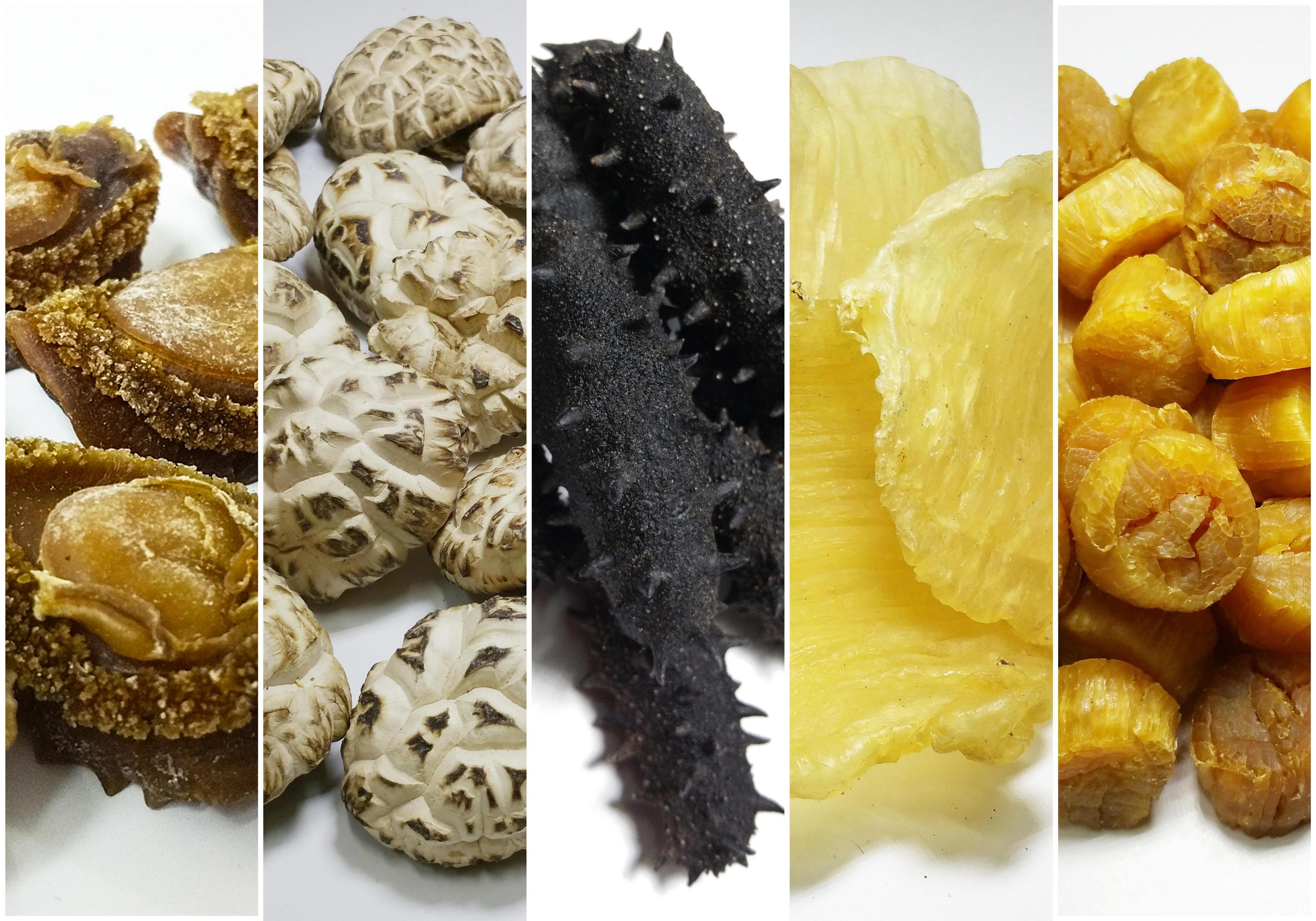 Vegetarian Pen Cai can substitute the ingredients for plant-based meats, such as Impossible Meat, or a variant of Mushroom.

What should you never do when making Pen Cai?

When making Pen Cai, the most important thing you must do is to buy the best premium ingredients. Never buy cheap ingredients - you don't want to be seen as short-changing the wealth and abundance of others. When buying the best cultural ingredients, buy from the best.

In Singapore, where you can buy premium ingredients for your Poon Choi is at Teck Sang. They are the leading supplier of Poon Choi Premium ingredients to the five-star Michelin restaurants, and they source from the best farmers of Sea Cucumber, Abalone, Fish and Mushrooms across the globe. You can now purchase their award-winning ingredients at their store at www.tecksangonline.com, or at their retail store at 10-11 Hong Kong street, Singapore.